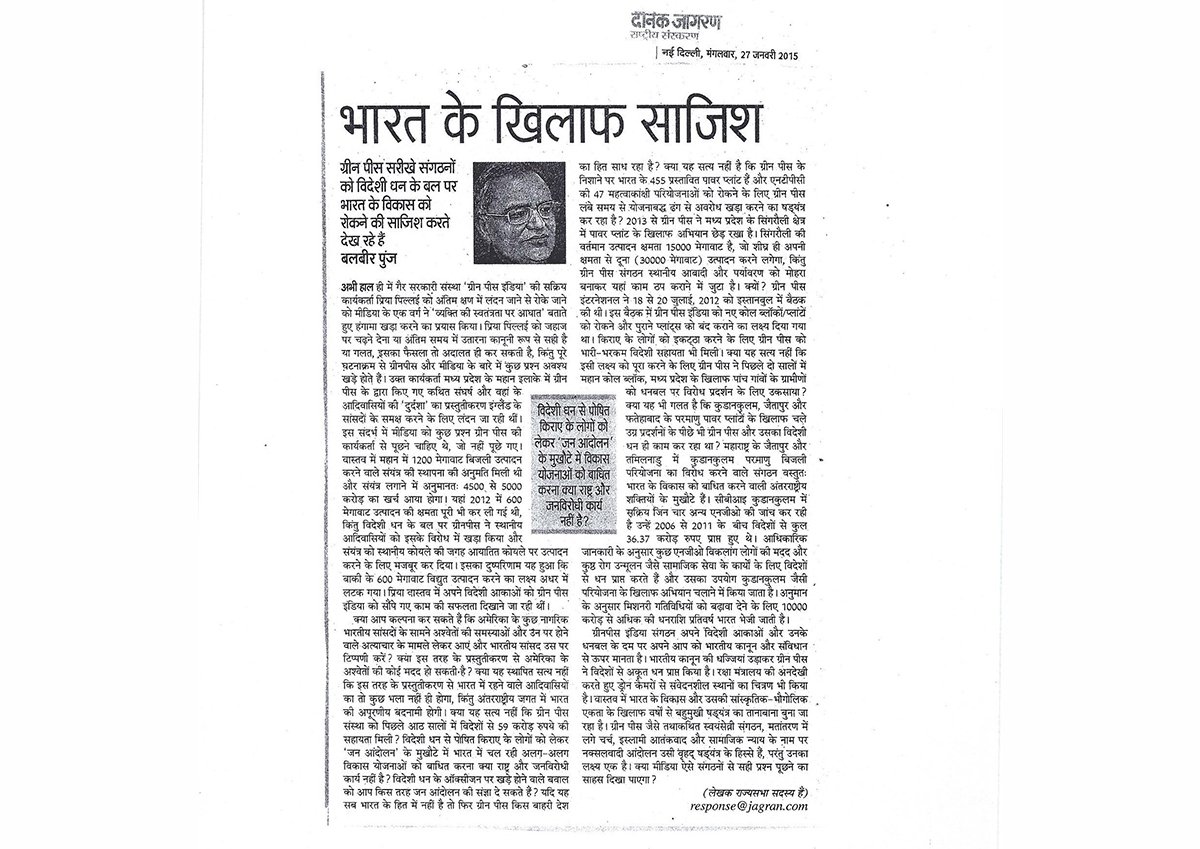 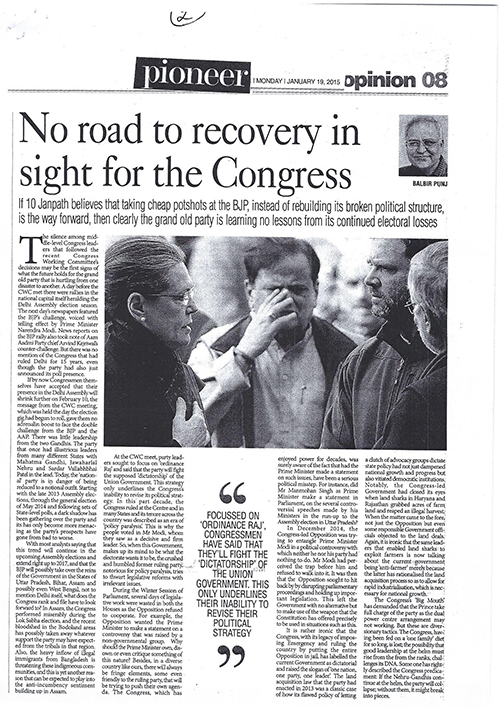 By Mr. Balbir Punj
As is the vogue, there was all-round condemnation of the Paris massacre, both by Muslims and non-Muslims. The denouncement of the dastardly act was along predictable lines — it was an attack on the freedom of expression, and those responsible for it were not “true Muslims”. Dalil Boubakeur, head of the French Council of the Muslim Faith, condemning the killing, said: this “immensely barbaric act is also against democracy and freedom of the press”, and that its perpetrators could not claim to be true Muslims. This statement raises an interesting question: Who is a “true Muslim”?
Read More 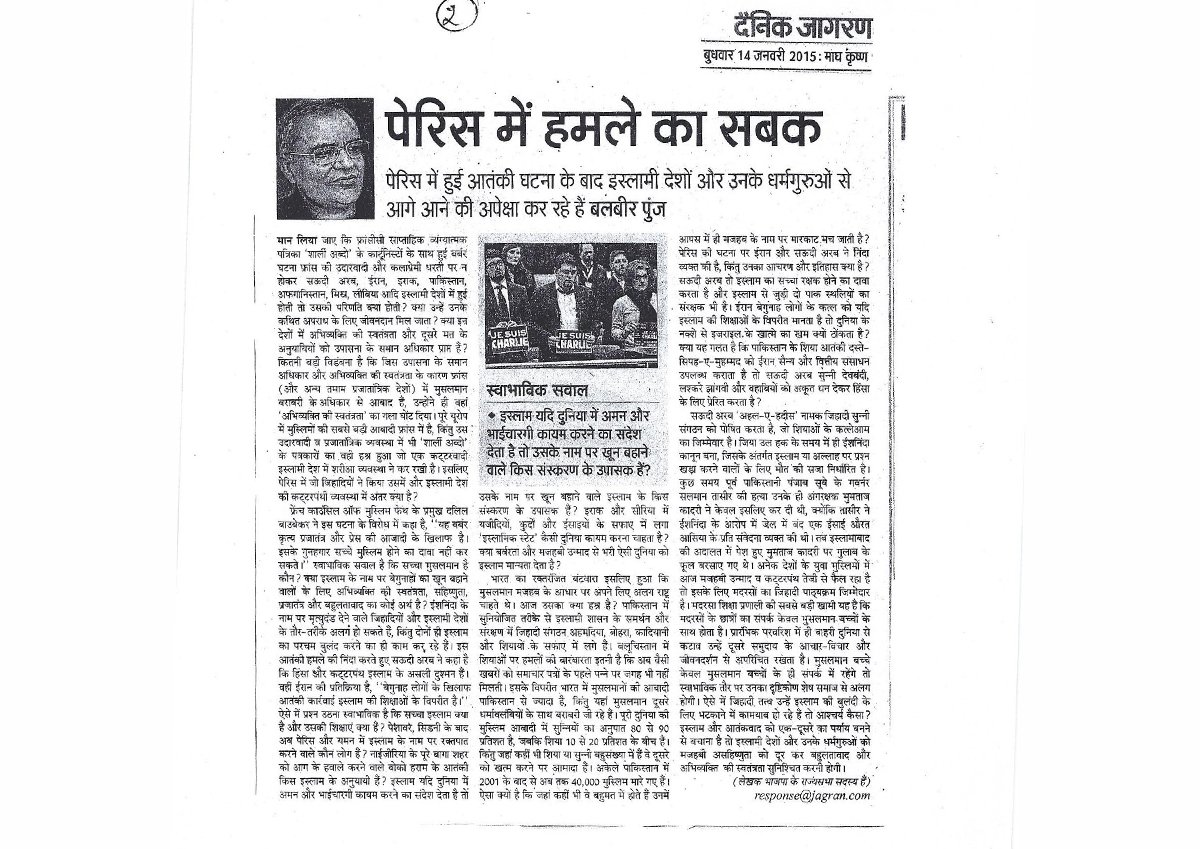 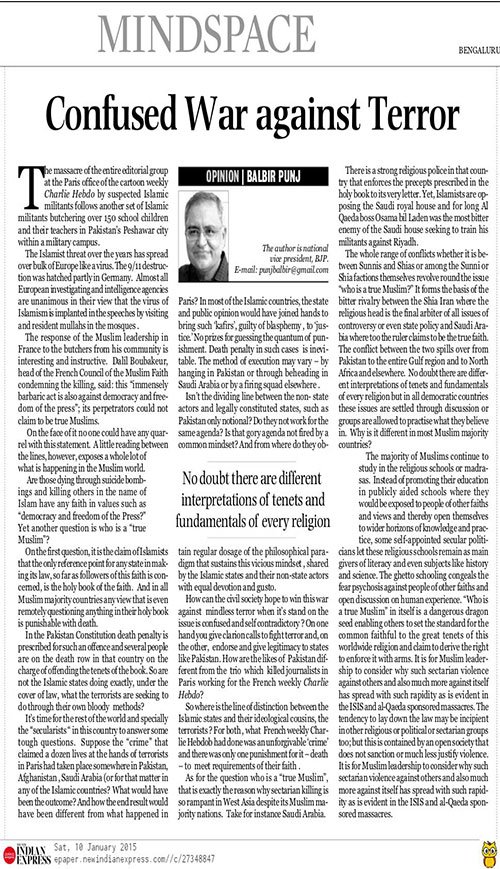 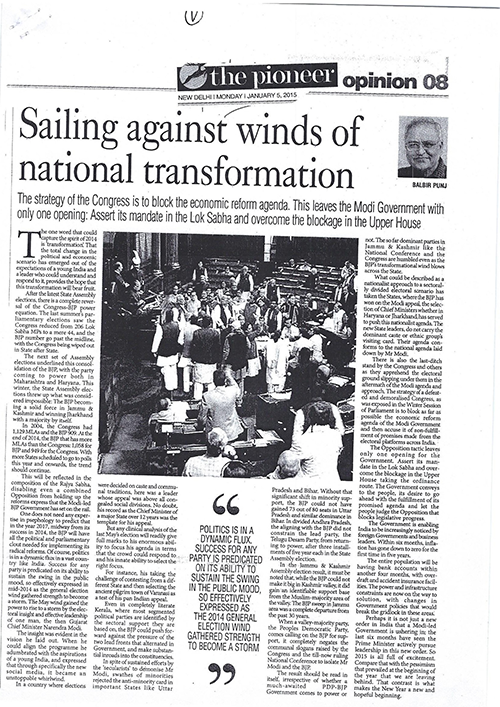 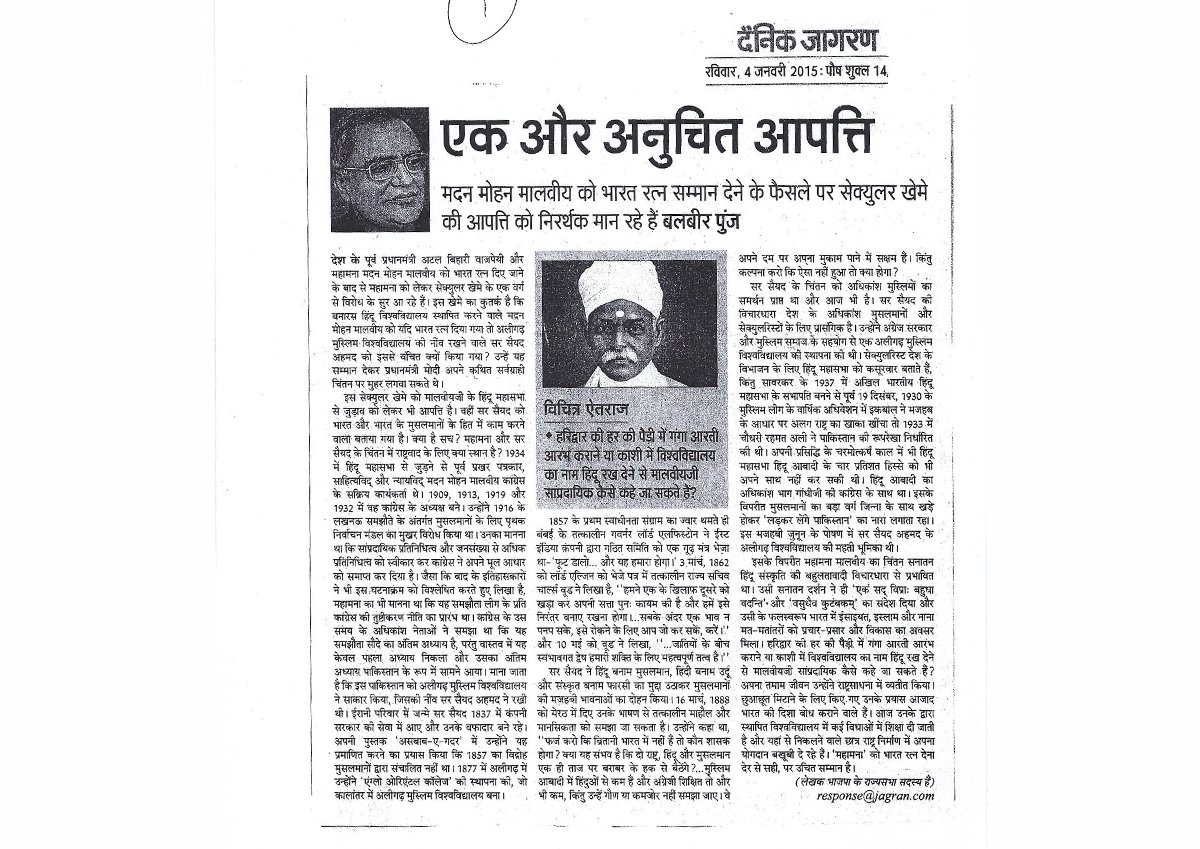 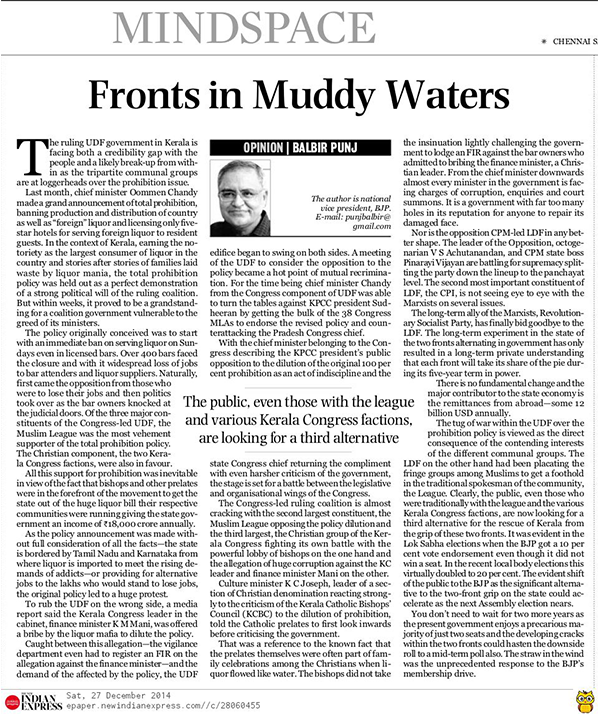 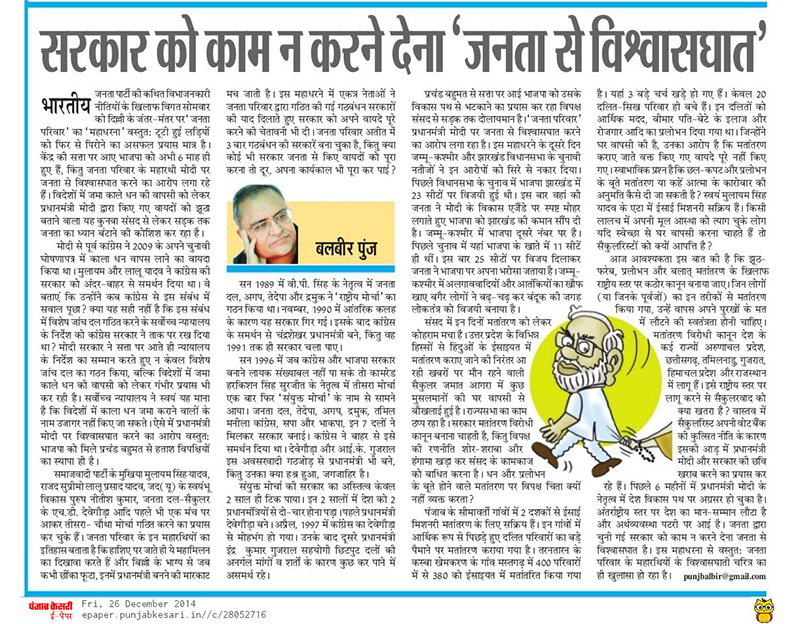 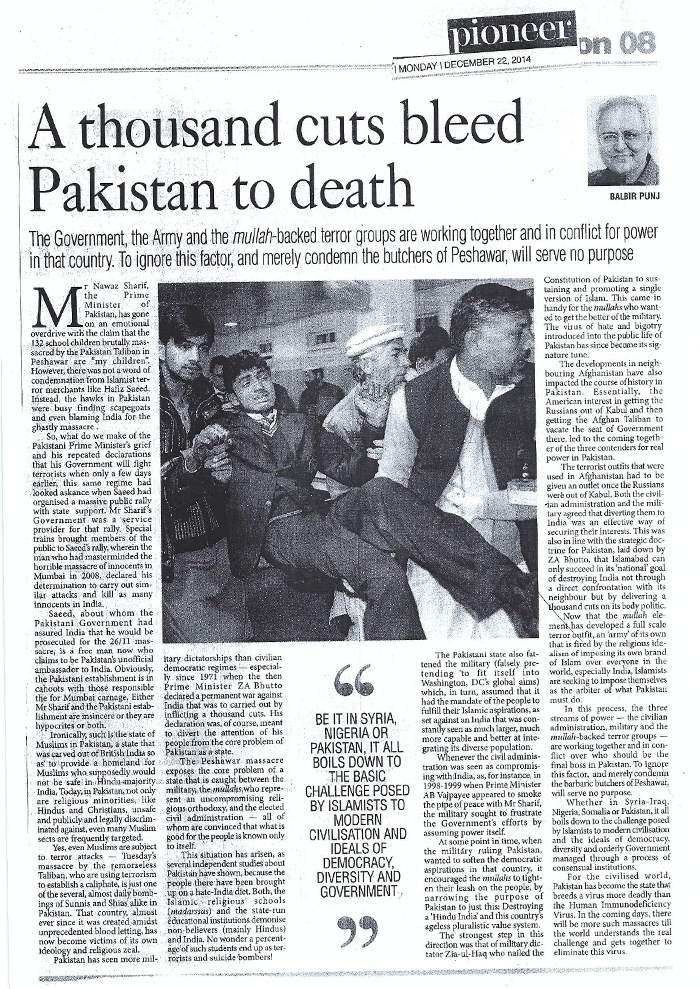