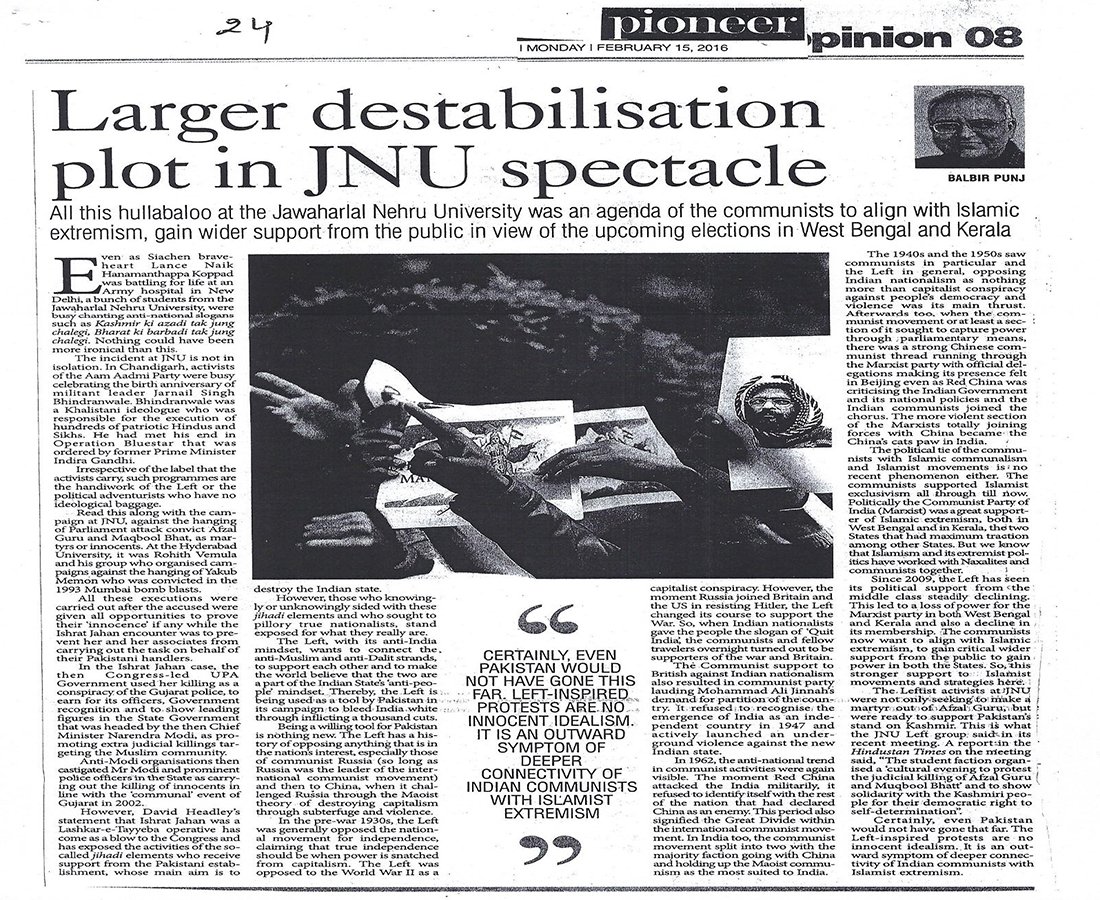 By Mr. Balbir Punj
Rohith Vemula’s is a tragedy turned into farce—ironically by those very people who, after his sad demise, claim to speak for him and of his travails as a Dalit. The ‘secular’ narrative is simple, suitably twisted to fit its ideological gameplan and divorced from facts. According to them, Rohith was a Dalit fighter against oppression by the elite castes—by the evil, elite-caste dominated Sangh parivar (forget that of all parties, the BJP has the most SC/ST MPs), by the parivar that swears by the Manusmriti (how many Hindus have seen a copy of it?). The impression given is that Rohith was persecuted to the ext­ent that he was forced to take his life. Running this insidious hate campaign, the ‘secular’ pack seems to have three objectives—pit Dalits against the rest of Hindu society, paint the Sangh parivar black, and prove that Modi’s regime is intolerant and anti-Dalit. To meet these malicious ends, they went on the warpath with some selective facts and half-truths.
Read More
Outlook India 2016-02-15 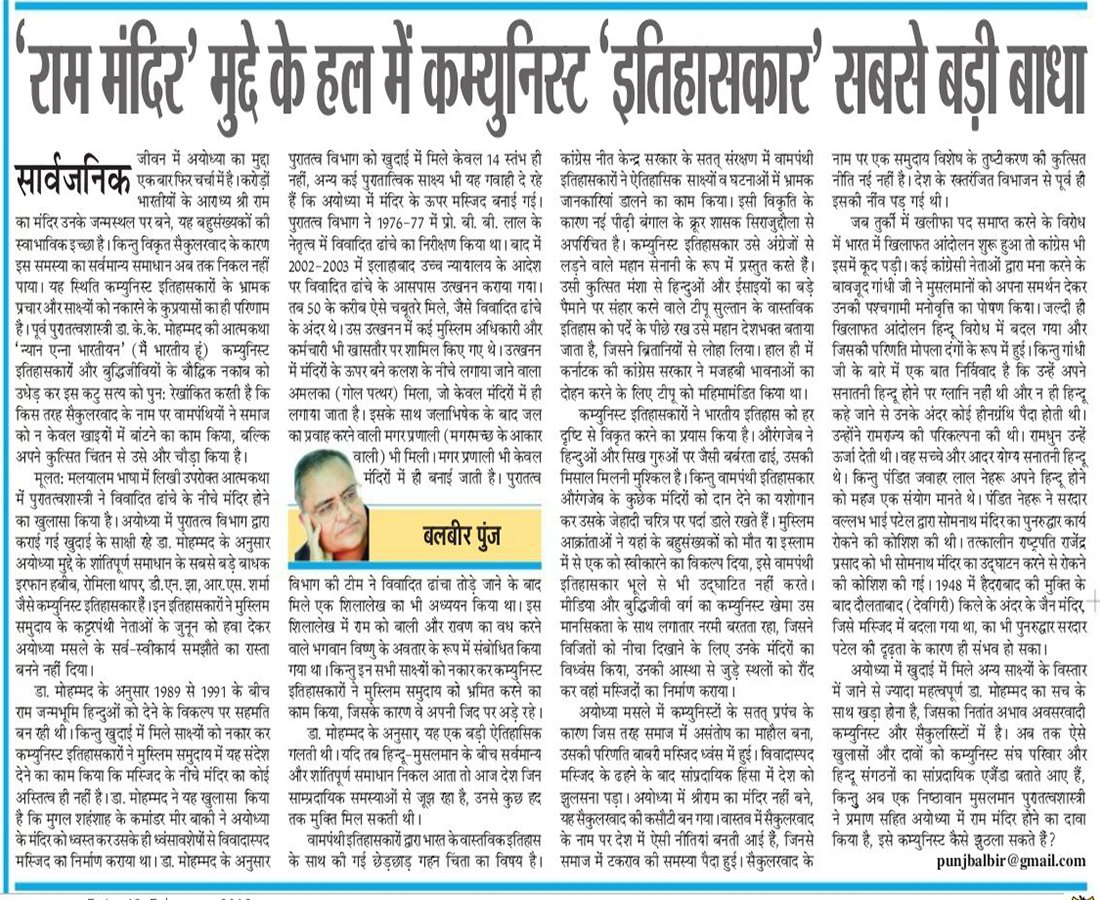 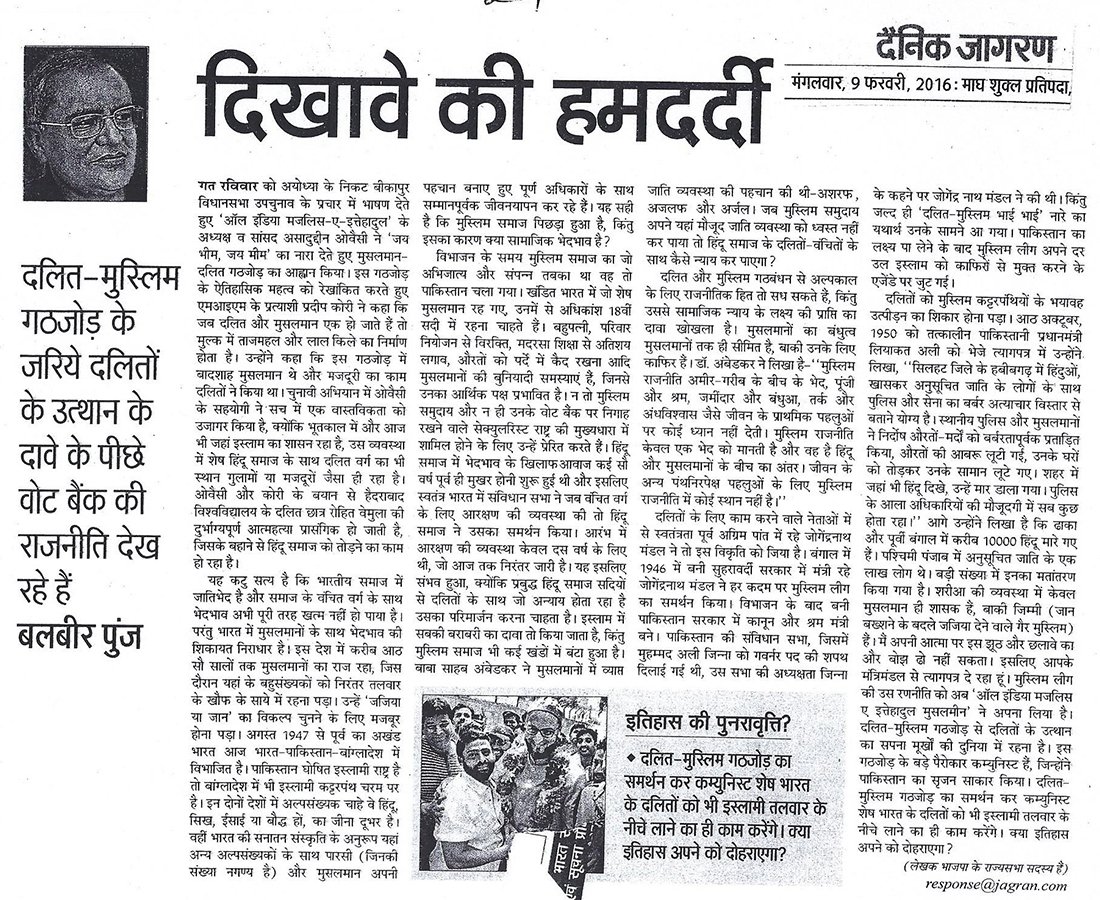 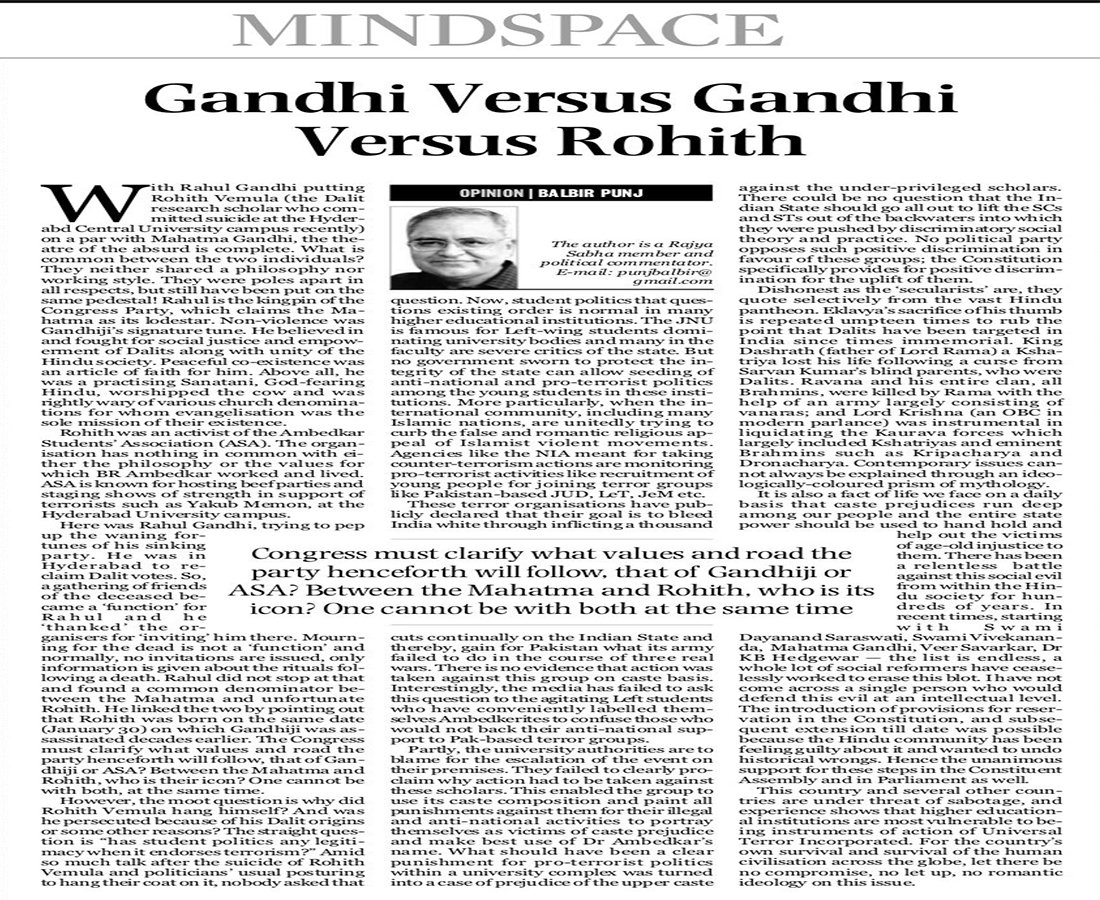 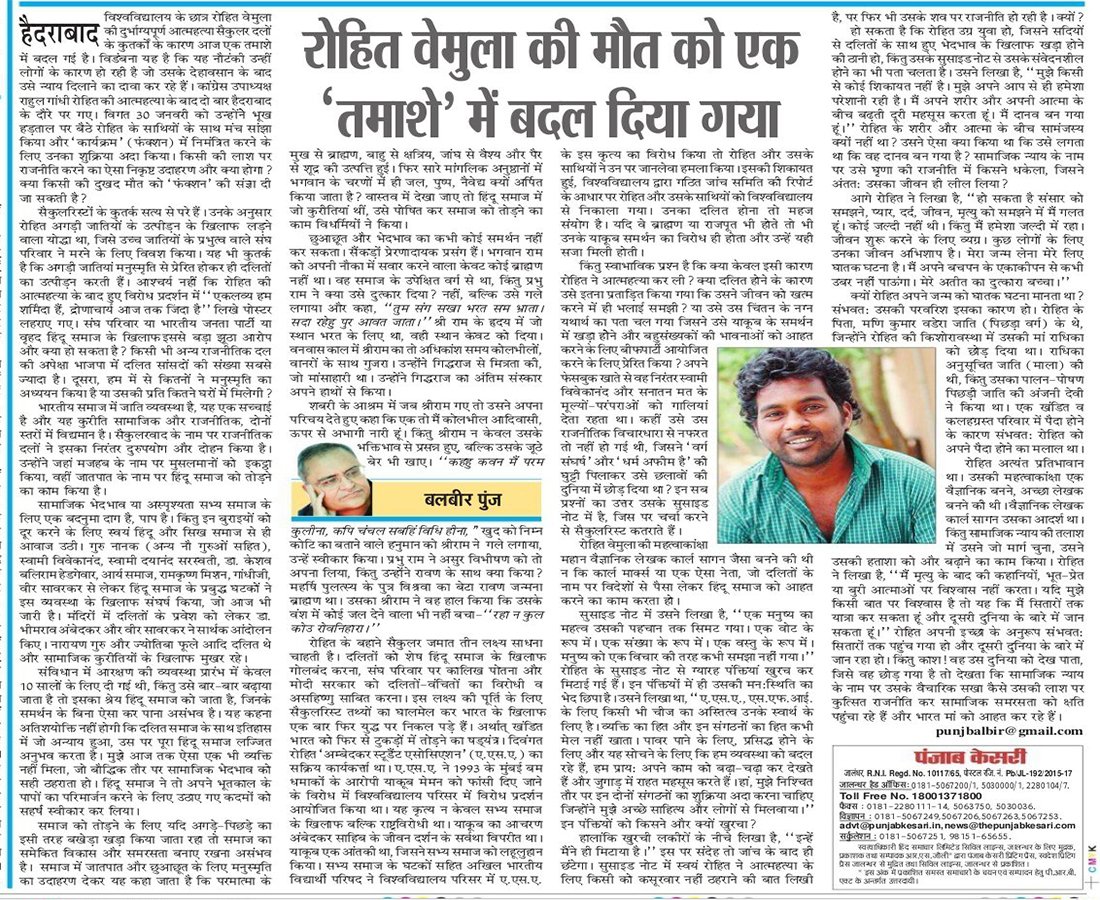 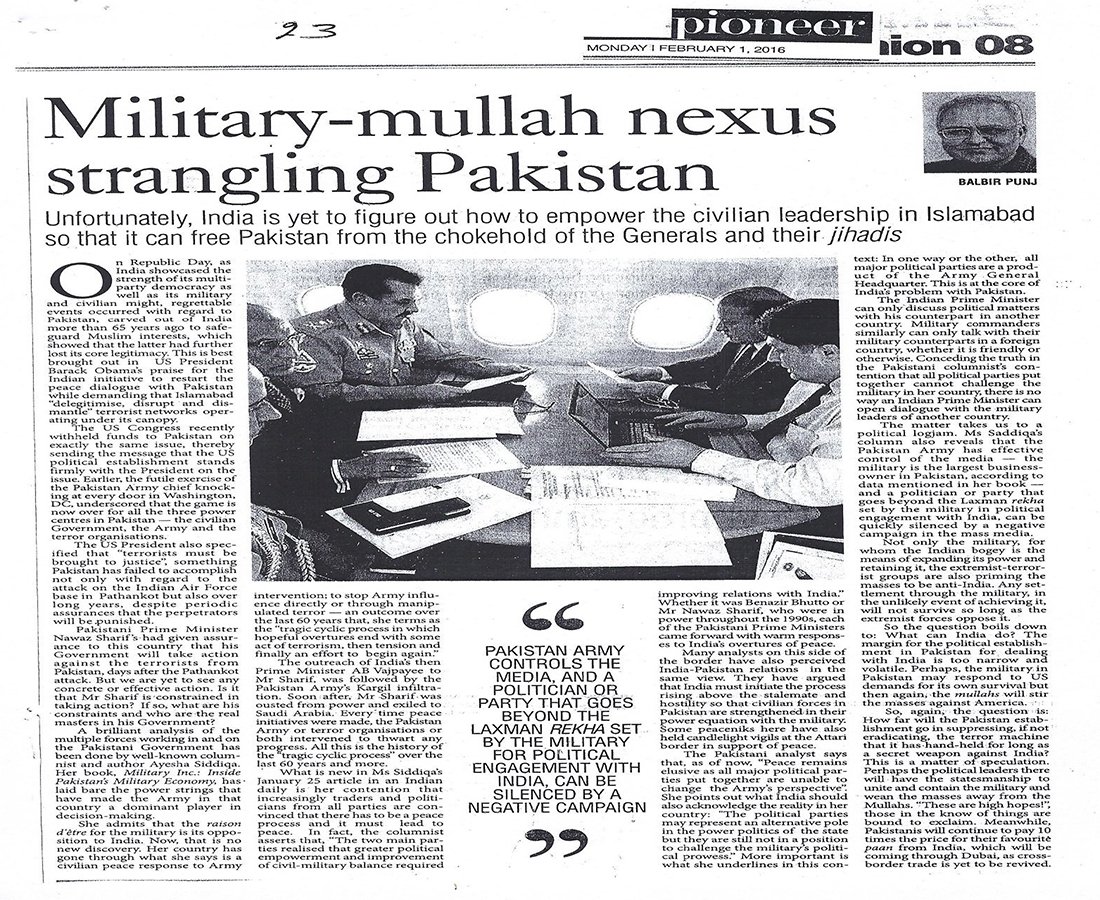 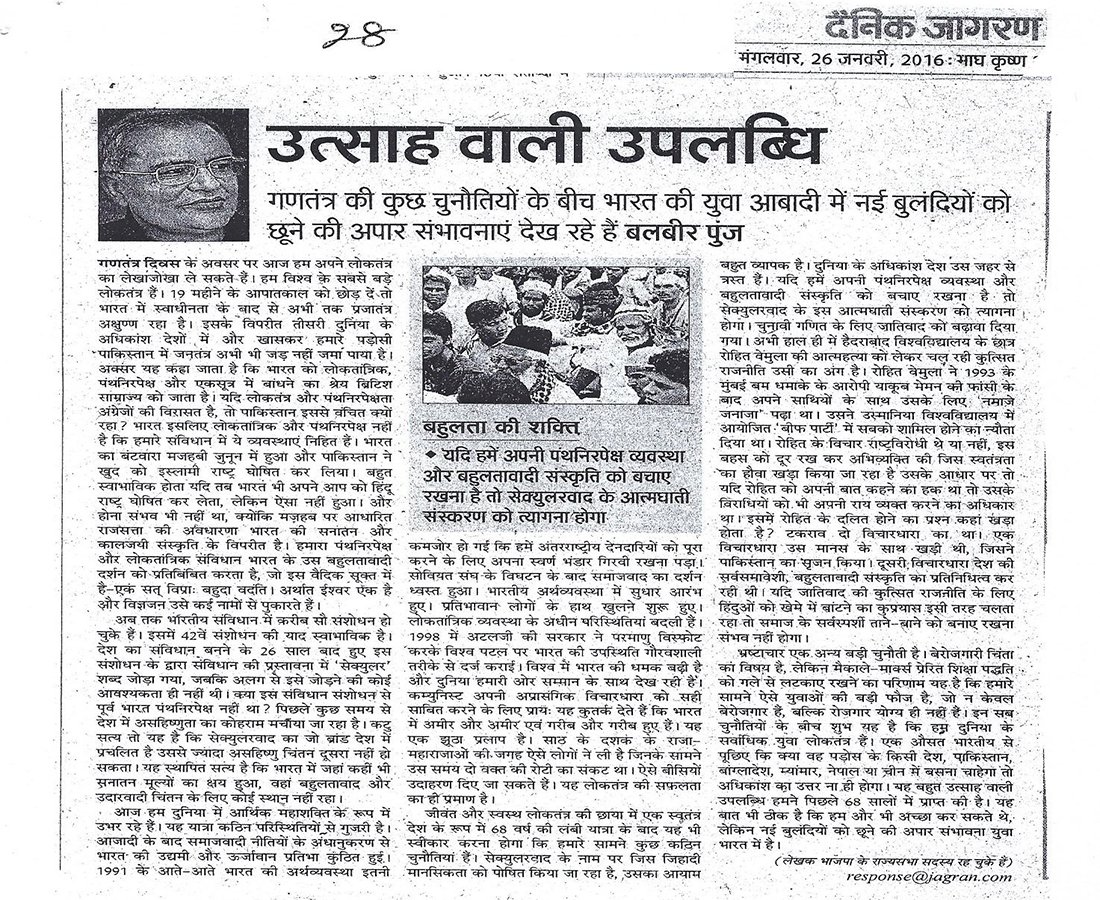 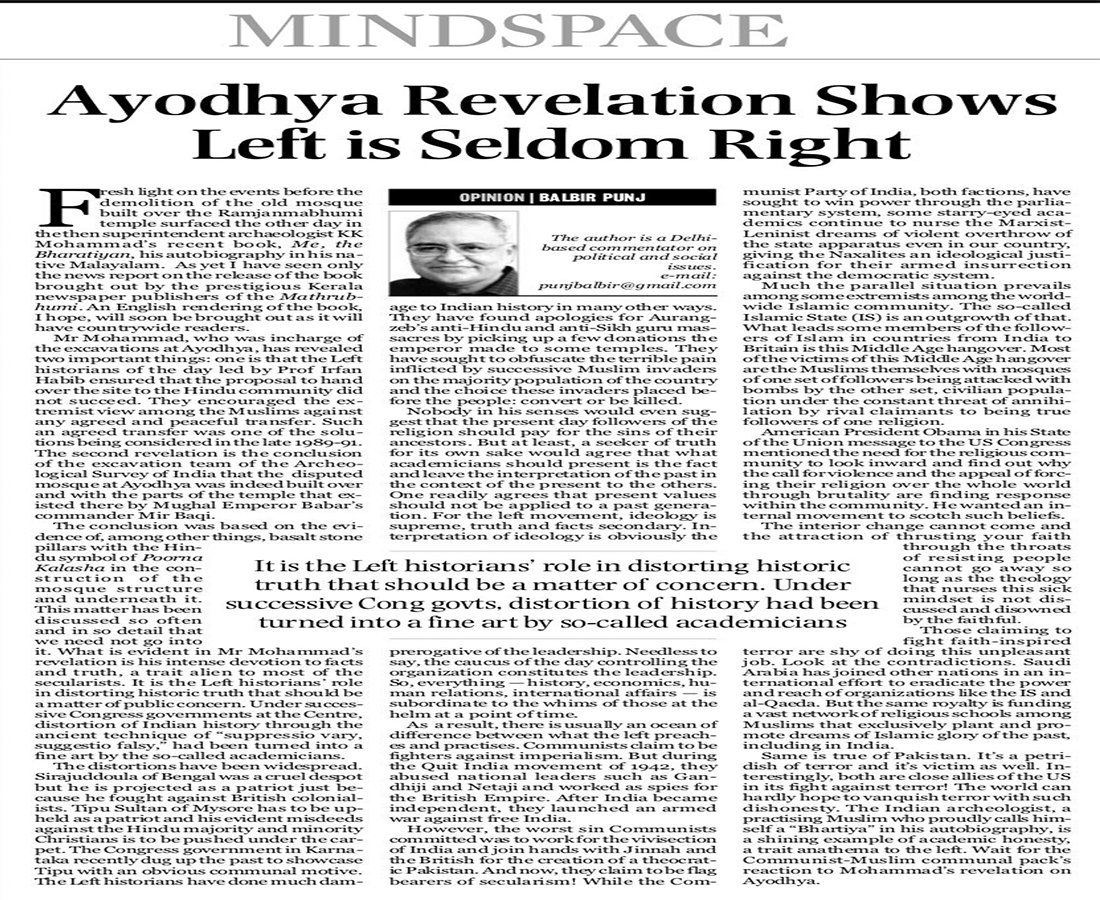